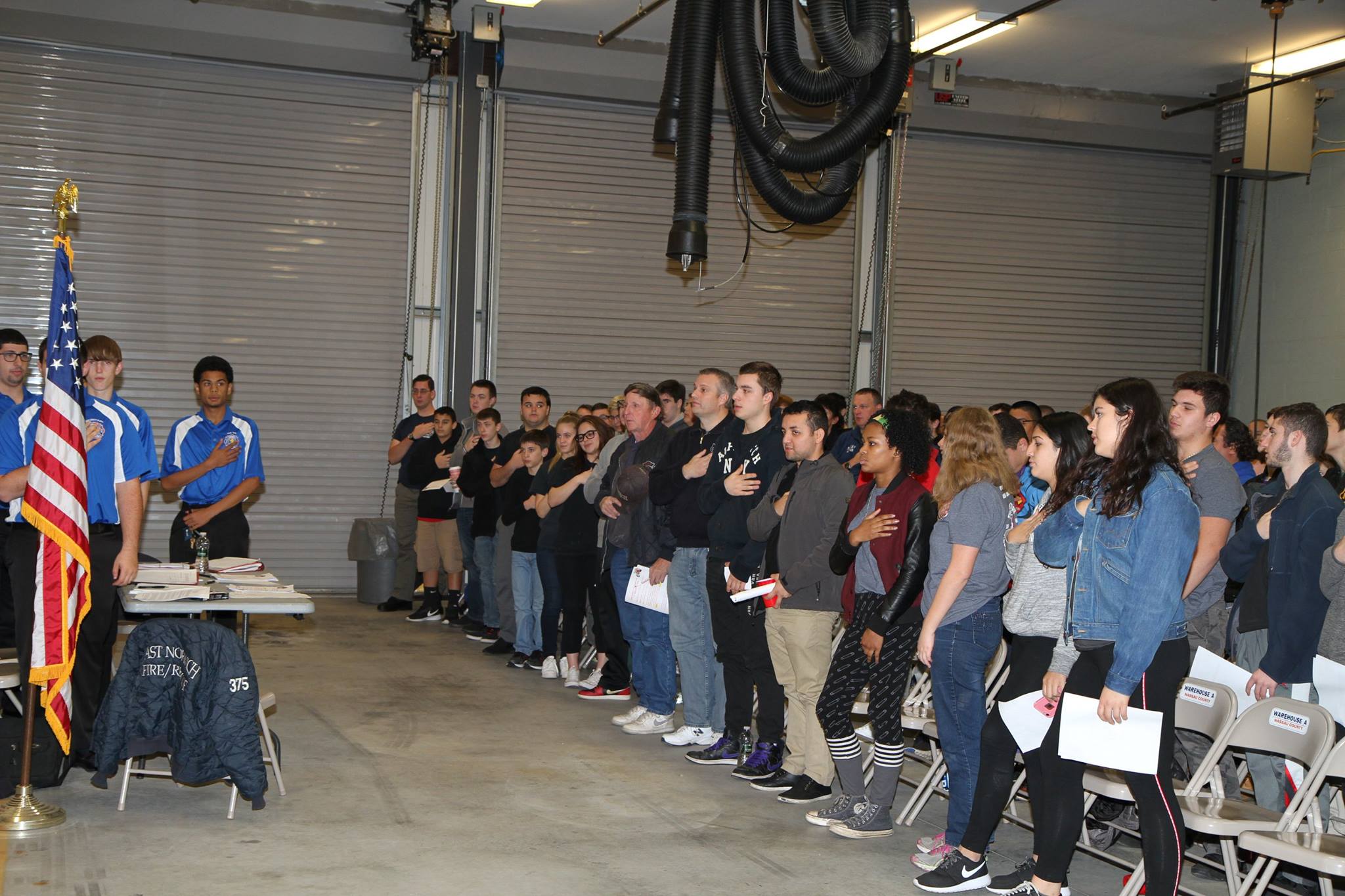 Today 194 Juniors/Explorers of the Nassau County Junior Firefighters Association had the privilege of holding one of their General Meetings at the Fire Marshals Office. Chief Tusa approached the Association about hosting one of their meetings and doing a demonstration for the Association. They were broken up into groups and rotated around 5 evolution's including LPG (Propane) Burn-Off, Leak Mitigation, Accelerate K9, Hazmat Robot, and Apparatus/Equipment Overview. It was one of most heavily attended meetings. We would like to thank Chief Tusa and his entire staff for opening their doors to the Association.